For a goalkeeper, penalty kicks can be the most difficult saves to make. It’s a one v one matchup with the ball starting from a stopped position, giving the kicker the upper hand. Other than body language and eye movement, there is no real way to tell where the ball is going to go, making it hard to save.

With 36:27 on the clock, Coppell senior goalkeeper Arath Valdez prepared to face a penalty kick.

He extended his arm to stop the ball, but was just short.

“I touched it and almost had it,” Valdez said. “I knew it was coming to the left but, unfortunately, I didn’t stop it. He had power on it and scored. The ball was super close but overall [a penalty kick is] hard to save, it’s not impossible but [the kicker] has a good chance to score.”

The Cowboys fell to the Panthers last night at Buddy Echols Field, 1-0.

The Cowboys (2-7-4, 0-3-2 in District 6-6A) bounced back, regaining possession along with shots on goal, notably those of Coppell senior forward Abrahim Al Hilalat, and with Valdez holding the Panthers (9-1-2, 3-1-2) to one goal.

“We played a really good game,” Coppell coach James Balcom said. “We did everything to win other than score. Sometimes that’s just the way it goes. When you get the opportunities we had, three or four legitimate chances to put the ball in the net, that’s going to be the difference.”

Another challenging factor throughout the match were strong winds. Wind affects teams based on play style, it can make or break a team. Wind can change the direction of a ball, but can also propel it farther than intended.

“It depends on the style of play,” Balcom said. “Plano East wants to kick the ball as far as they can, so when they have the wind in their back, it goes far and then you’re chasing [the ball]. It can be hard to get in front of the ball and get to their side.”

The Cowboys travel to Flower Mound on Tuesday, with kickoff at 7:30 p.m. 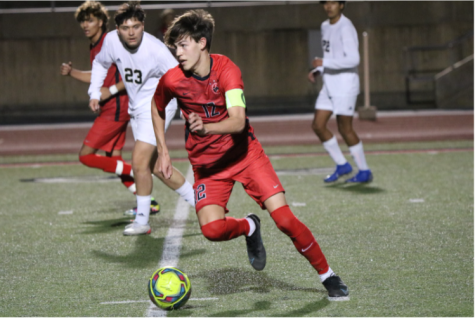